The Truth About The Virtual Industry

Sign Up to for all the gossip, social, advice, technology, and the brutal truth on the Virtual Industry.

Our Client Making It Big With Legendary Investors ‘Meet The Drapers’

Chargebacks Can Be Unfair But Here’s How You Handle Them

Automate Your Business and Cut-Back The Employees

Top 5 Reasons to Automate Your Business

Do you have ownership of all your business apps?

To Pay or Not To Pay a Virtual Assistant Severance 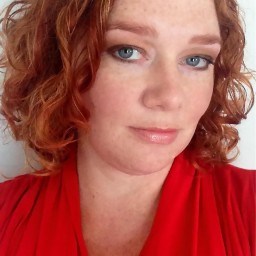 Oddly enough, I’m rarely asked this question, but rather, witness this gesture done more often than not.  It’s just an automatic response some business owners have when they’re transitioning their ops team.

No good person wants to put another person’s (or people’s) livelihood in jeopardy.

Out of the recent six large clients we’ve on-boarded in the past 90-days, half of them paid their previous virtual assistants, or remote team, a severance package, without the virtual assistant even requesting it.

Of these three clients, all three of them had their virtual team with them for several years prior, and their team did a decent job.  In their minds it was reasoned that these virtual assistants earned a fair separation agreement.

On the same hand, I’ve once (yes, just one time), seen where a virtual team had lost a large account, and the loss of said account put several staff member’s financial health at risk.  They requested severance, it was agreed upon, but later the client unfairly pulled it back out.  (ouch!)

So if you’re a business owner and you’re transitioning your operations team, and you’re considering paying your virtual assistant(s) severance pay as you off-board them, yes, it’s more common than you think.  On the same hand, it’s reasoned in these cases.

Severance pay also keeps your previous team in-touch with the new team a little longer to help with the big transition.  So there is a silver-lining to it.

If you’re a virtual assistant wondering if severance pay is right for you, it may be if you’ve been with the client for a number of years, and if losing the account puts you or your team in jeopardy of your livelihood.

The bigger the client’s impact on your P&L means the bigger risks and sacrifices you had as a business owner to maintain the client’s services, so it’s a bigger impact on the fiscal health of your business.  I feel there is a responsibility if it’s been years in the making, and the separation is an amicable one.

For both sides, just be sure you get the deal in writing, so there’s no crossed wires at a later time.

As a matter of fact, severance or no severance, a complete written separation agreement is highly recommended.

Jaimie VanSickle, owner of J VanSickle Company, has been serving business for over 10 years. Jaimie has worked with over hundreds of clients, and has managed some of the larger online business infrastructures within the online and digital marketing industry. Jaimie’s extraordinary talents in both process development and business operations management has led to her becoming known as one of the top consultants in her industry. Advanced knowledge in all facets of online businesses, coupled with superior technology skills, helps Jaimie and her team bring all the moving pieces together seamlessly to meet the needs of business owners from around the globe.

Subscribe to our newsletter to keep up with the latest gossip and stories.

Let's briefly discuss your business and your marketing and operational goals, and see exactly how J VanSickle Company can help your business grow!